skip to main | skip to sidebar

Somaliland Camel Corps - The Somali people are natural camel riders it's in their blood. Camel's are in were as important as the pony's of the mongols. In the drought striken land the camel is really thing other than goats that proved worth domesticating. The British recognized their affinity and after creating the colony the British set out to create a Somaliland Camel Corps. During the Mad Mullah period of Somali history the camel Corps included had grown to included some 700 mounted riders they served gallantly enough against the bandit and captured his Jidali hideout. During the same period they set a an impressive standard by covering 150 miles in 72 hours.

The British immediately recognized the affinity between the Somali people and camels. Soon after acquiring the East African colony, the British set out to create the Somaliland Camel Corps. During the "Mad Mullah" (Sayid, Mohammed Abdullah Hassan) period of Somali history, the camel corps grew to include some seven-hundred mounted riders. The corps served gallantly against this Somali bandit. But, after four major campaigns to capture him, Hassan remained on the loose. During the same period, the corps set an impressive standard by covering one-hundred-and-fifty miles in seventy-two hours.

In 1920, a combined British land and air offensive -- which included the Somaliland Camel Corps, Somaliland Police, elements from the 2nd (Nyasaland) Battalion and 6th (Somaliland) Battalion of the King's African Rifles (KAR) finally defeated Hassan's army. Despite this defeat, many Somalis continued to hail Hassan as a warrior hero and he remains the source of modern Somali nationalism.

During the period between World War I and World War II, the Somaliland Camel Corps was re-configured to better defend the colony in case of a future war. Colonel Arthur Reginald Chater of the Royal Marines was placed in command of a slightly smaller corps of five-hundred troopers. Like many other colonial unit, the Somaliland Camel Corps had a British officer. In the late 1930s, the corps was givien nine-hundred British pounds to build pillboxes and reserve water tanks. Field Marshal Archibald Wavell, Commander in Chief of the Middle East Command, was apalled by the under-equipped force that was supposed to defend an entire colony. As a result of his concern, in 1940, the unit was partially mechanized and further defenses were built. But, before the upgrades could be completed, the funds dried up.

At the beginning of the East African Campaign, the Somaliland Camel Corps only had a total of one-thousand-four-hundred-and-seventy-five men to defend the colony. This number includes a battalion of the Northern Rhodesian Regiment. Reinforcements were eventually sent in a vain hope to stop the Italian invasion.

During the Italian invasion of British Somaliland, the Somaliland Camel Corps skirmished and screened the attacking force along the border before pulling back to more defensible poistions. At Observation Hill, the corps made a formidable stand. One of its officers, Captain Eric Charles Twelves Wilson of the East Surreys, received a Victoria Cross (VC) for his use of a machine gun during the defense. Despite wounds, malaria, and having several guns destroyed out from under him, he stayed at his post. Wilson was the only VC recipient during the Italian invasion of British Somaliland and his was the only VC ever earned in Somalia. Only six other VCs were issued for operations in East Africa. Luckily for Wilson, he was later found alive in an Italian prisoner of war camp.

However, despite a spirted defense, the British were over-matched and withdrew from Berbera on 17 August 1941. With the final withdrawal, most of the Somali troops of the Somaliland Camel Corps were disbanded.

On 16 March 1941, less than one year from the date of withdrawal, the British returned to the colony. Soon afterwards the Somaliland Camel Corps was re-founded. By 18 April, the unit was at about 80% of its former strength. The camel corps spent the following months rounding up stray Italians and policing against local bandits.

In 1942, the Somaliland Camel Corps did become a mechanized regiment. For some time there were plans to send the unit to Burma. But, after several mutinies in 1943, the unit was disbanded for good.

In 1939, on the brink of war, the Somaliland Camel Corps was organized as follows:

The troopers of the Somaliland Camel Corps had a distinctive dress which was based on the standard British Army khaki drill, but included a knitted woolen pullover and drill patches on the shoulders. Shorts were worn with woolen socks on puttees and chaplis, boots or bare feet. Equipment consisted of a leather ammunition bandolier and a leather waist belt. The officers wore sun helmets and khaki drill uniforms. Other ranks wore a kullah with puggree which ended in a long tail which hung down the back.

Posted by nwlsomalilandnetwork at Tuesday, April 29, 2008

Founder Member Henry Allingham on the RAF at 90 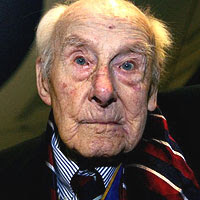 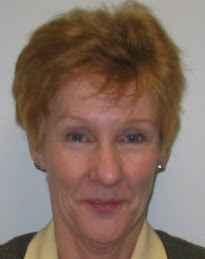